Founded in 1994, musical expertise and attention to detail have made ABBA MAGIC one of the top UK ABBA tributes.

For many years ABBA MAGIC have been top of the bill at many large outdoor events and music festivals playing to tens of thousands of people. Past venues include Guildford Festival, Bury St. Edmunds Festival, the Golden Jubilee Celebrations at Colchester Castle, 3 concerts at the Gold Cup at Cheltenham Racecourse in 2003 attended by The Queen and a huge concert in the Shetland Islands, not forgetting the enormous Wembley Stadium where they performed during the interval of the London Towers Basketball match, receiving excellent reviews!

ABBA MAGIC have performed and produced shows in countries all over the world including France, Belgium, Holland, Germany, Kenya, Canada and Australia. They are also very proud to be the 1st tribute band ever to perform in Hungary, Estonia and Romania. 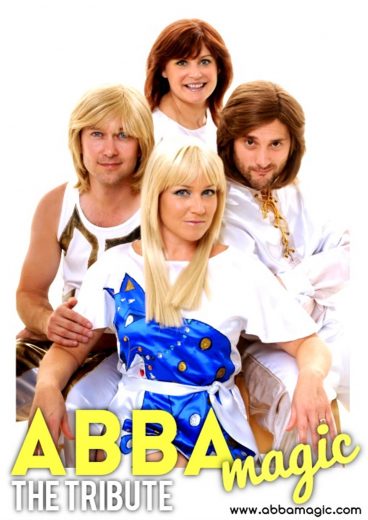 When can I see the only performance of ABBA Magic?