From the start, Blair Dunlop’s albums have enjoyed critical acclaim, with each one expanding his musical horizons, his audience and his prodigious songwriting gifts.

“Blair is a true artist in his prime, as is wholly evident on this beautiful record. He has it all; a wry turn of phrase in his words, barbed & moving within a second, seriously demonic guitar skills that belie his youthful looks […] and a voice like some sort of melancholy angel. But most of all you will hear just great songs.” Ed Harcourt

Ellie Gowers has been making an impression wherever she lands. Her music embeds a fierce energy that echoes the 60’s folk revival scene and she is known to hold pride of place on stage with her strong and lucent vocals. Her songs are built from a childhood love of literature and traditional folk song, but also discuss the more modern narratives of the present day. These influences fuse together to create a sound that has been deemed unique and incomparable. 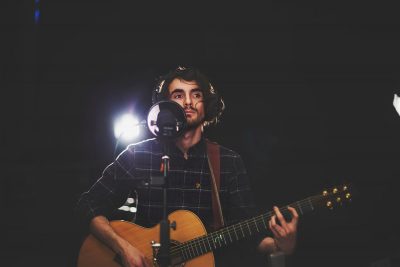 When can I see the only performance of Blair Dunlop?