This quality tribute to AC/DC returns to The Mill after a fantastic show in March 2020. dirtyjACkDC will be bringing new tunes from the AC/DC catalogue and new members also with Jeremy Fiddes Payne on bass and Nick Bullard on drums.

Since Jim Bennion joined the band on lead guitar in 2019, a great deal of attention has been given to the accuracy of solos, and live arrangements have been preferred over studio versions (mainly from AC/DC’s Donington, Monsters Of Rock appearance in 1984).

With an impressive list of packed venues across the Midlands, dirtyjACkDC’s authentic, raw, no-frills approach to the sound has enjoyed a steady progression in notoriety and gained a loyal following of fans.

Doubling up with us again this year will be the UK’s foremost tribute to Motorhead, Motorpace! The two bands teamed up for their performance at The Mill in 2020 and brought the house down, a true blast back into what it might have been like in the late 70’s early 80’s!

A show not to be missed!

Tickets: £15
Doors at 7pm
This is a standing event 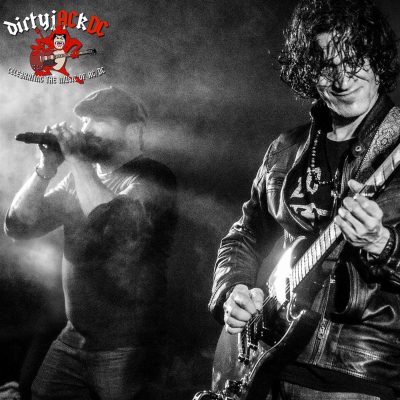 When can I see the only performance of dirtyjACkDC plus special guests Motorpace 2022?