Fin Taylor: So My Wife…

We want stand-ups to speak truth to power. But lately no one agrees on what’s true or who’s in power.

What are comedians to do in the age of post-truth and identity politics? Is it possible to make everyone laugh when half the crowd thinks comedy’s too PC and the other half thinks the opposite? What do we talk about after this year when nothing happened and the only thing that did, everyone’s sick to death of?

I’ll tell you what we do.

We go back to the old ways.

We put on a suit,

And we talk about our wife.

As seen on Live At The Apollo, 8 out of 10 Cats, The Mash Report and Roast Battle, Fin has also written for The Roast of Alec Baldwin on Comedy Central US. 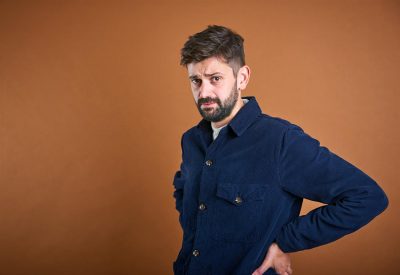 When can I see the only performance of Fin Taylor: So My Wife…?