Gorgeously ravishing, deliciously risqué and a little bit ridiculous, join travelling vaudeville show Hundred Watt Club as they return to The Mill with a glittering, sizzling line-up of showgirls, comedy and cabaret acts!

All new, jaw dropping line-up to be announced. Expect the unexpected, but be ready for a beautiful, brash and bawdy night of very grown up entertainment!

What the critics say:

“Old school mischief & timeless raunchiness collide at the Hundred Watt Club. Hats – and corsets – off to Lena Mae for an excellent night of entertainment” Sussex Express

“Harking back to the gin drenched halcyon days of a grimy Berlin nightclub in the 1930s, The Hundred Watt Club sparkles, fizzles, and shines brightly on a dark night” fringereview.co.uk 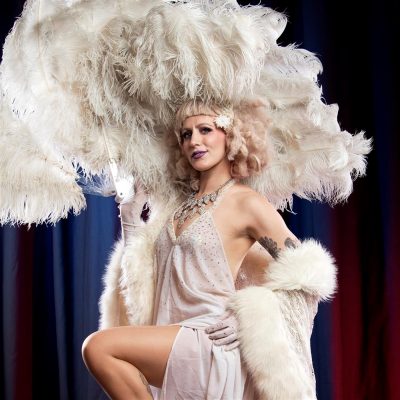 When can I see the only performance of Hundred Watt Club 2022?