With a new series on BBC Radio 4 Extra, The OFFSTAGE Theatre Group continue to tour this critically-acclaimed Greatest Hits compilation of original material and songs. An anarchic knockabout show celebrating the radio series that gave birth to The Goodies and Monty Python’s Flying Circus – with a live band and sound effects.

Come and see characters first created by Tim Brooke-Taylor, John Cleese, Graeme Garden, Sir David Hatch, Jo Kendall and Bill Oddie. There will be a cameo from one of the original cast, or a celebrity fan, at this performance. 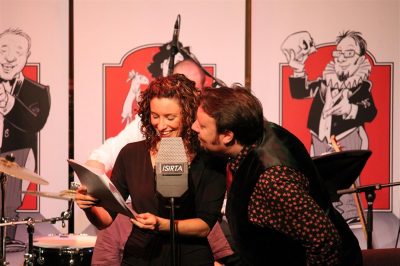 When can I see the only performance of I’m Sorry I’ll Read That Again?