September 2022 sees the launch of ‘Gracious Wings’, the 8th solo studio album by Jackie Oates. Jackie has once again been working with producer and sound engineer Richard Evans in Bath, to produce an 11 piece album of traditional English folk songs, self-penned material and the odd unexpected cover version! The album features collaborations with John Spiers, Mike Cosgrave, Jon Wilks, Megan Henwood and John Parker, with cover artwork by the wonderful puppet maker and illustrator, Jo Elizabeth May. The title ‘Gracious Wings’ refers to a chance conversation that Jackie had with a friend, about the nature of music and songs and song-writing. Through the telling of a true story, the teller may gain access to another world in which they are unburdened by their past

For this concert, Jackie is joined by singer and acclaimed finger-picking guitarist, Jon Wilks. Jackie and Jon have become good friends, living fairly locally and have enjoyed working together and collaborating musically for Jackie’s new solo album.

Jackie Oates is an English Folk Musician, Singer, Performer and Educator. Jackie lives in Oxfordshire with her young family. After 17 years and seven solo albums Jackie Oates is a central figure in the accomplished, informed and stylistically individual English traditional music scene that began in the early 2000s and continues to thrive. Regarded as one of the country’s best loved folk performers, Jackie’s current focus is on collaborating with a diverse array of artists and commissions.

Jon Wilks is an acclaimed fingerpicking guitarist and singer of traditional folk songs and broadside ballads from the English repertoire. His background as a journalist (a former editor of Time Out magazine and contributor to Dazed & Confused, The Guardian and other publications) means that he has a great eye/ear for a story, and this shows in his live shows.

‘Utterly gorgeous… moving, depth-filled.’ (The Guardian)
‘The soaring purity of Oates’s vocals washes through the songs leaving them like clean streets after a bout of rain.’ (The Arts Desk) 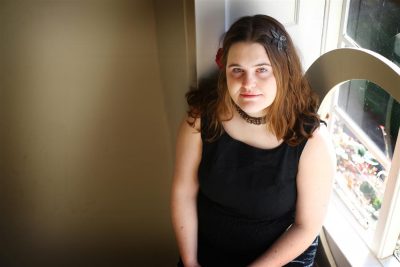 When can I see the only performance of Jackie Oates with Jon Wilks?