Jeeves and Wooster in Perfect Nonsense

Take your seats with caution! Aristocratic buffoon Bertie Wooster has hired the theatre for the night to present his one-man show detailing a recent and rather spectacular series of misadventures, including theft of a novelty cow creamer and a narrow escape from unwanted matrimony.

The only trouble is Bertie hasn’t worked out who’s going to play the parts. Will the show be a disaster? Will the scenery stay upright? Or will his trusty manservant Jeeves step in and save the day?

In a joyous, Olivier award-winning reimagining of the classic P. G. Wodehouse characters, three actors hurl themselves from role to role as they race to tell the story of Bertie’s own farcical adventure.

A new play adapted from the works of P. G. Wodehouse. Written by the Goodale Brothers. 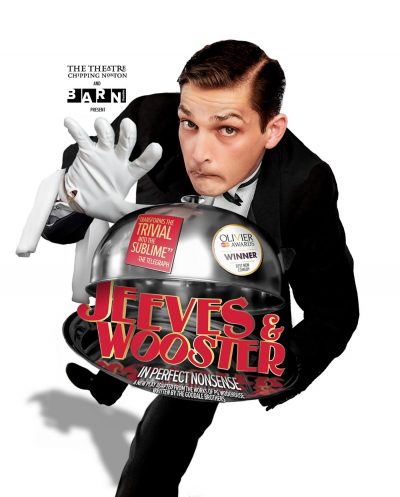 When can I see the only performance of Jeeves and Wooster in Perfect Nonsense?