Please note that this event has been suspended due to the coronavirus outbreak. Ticketholders will be contacted with further information.

Enjoy a comedy double bill with sets from Luke Kempner and Sophie Duker! Comedian and impressionist Luke Kempner garnered global attention in 2012 with his hit viral video Downstairs At Downton and has since gone from strength to strength with one-man hit shows The Only Way Is Downton and House Of Faces.

2019 Best Newcomer nominee Sophie Duker describes herself as a “sexy-cerebral comedy underdog” and is quickly establishing herself as one of the most exciting new acts on the circuit. Star of Channel 4’s Riot Girls and Comedy Central UK’s What I Wish I’d Said, she is also a comedy writer with credits including BBC Radio 4’s The News Quiz and The Now Show. 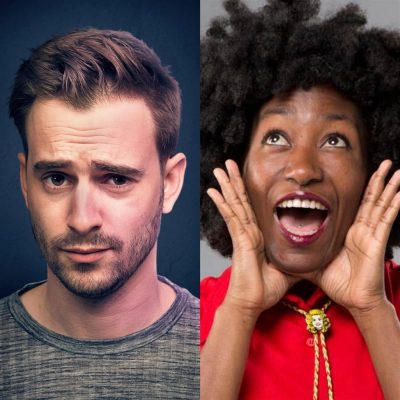 When can I see the only performance of Luke Kempner and Sophie Duker?