Ultra-topical comedy and presenter of Unspun, Matt Forde has appeared on The Royal Variety Performance, Mock the Week, The One Show and Question Time. Now with added Trump.

“Possibly the best political comedy show on the Fringe” The Telegraph ★★★★★

“A first-class comic” The Guardian

Chloe Petts’ ‘inexhaustibly funny mind’ (Diva Magazine) and ‘compelling presence’ (Steve Bennett, Chortle) has established her as one of the most exciting new acts on the circuit. Chloe is an alumna of the prestigious Pleasance Comedy Reserve, has been shortlisted for the BBC Comedy Award, was a finalist in the most recent Leicester Square New Comedian of the Year Awards and came runner-up in the Funny Women Awards 2017. She has appeared on Channel 4’s Random Acts and BBC 3’s Quickies. 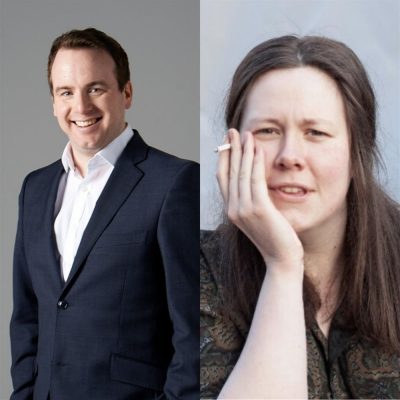 When can I see the only performance of Matt Forde and Chloe Petts?