Join us for a double bill of stand-up comedy with Chloe Petts and Carl Donnelly!

A brilliantly sharp live performer and “compelling presence” (Steve Bennett, Chortle), she is one of the most exciting acts on the UK scene.

Fresh from supporting Ed Gamble on his UK Tour, Petts uses her trademark cerebral “laddishness” to examine her desperate attempts at living in the moment, the darts and her (strictly non-romantic) love for men.

Carl is an accomplished stand-up comedian and is a regular at all of the finest comedy clubs in the UK and Ireland, he has been nominated for the prestigious Edinburgh Comedy award for Best Newcomer with Relax Everyone, it’s Carl Donnelly! and Best Comedy Show with Now That’s What I Call Carl! Volume V.

His conversational, silly sense of humour has seen him win a host of awards (Chortle Best Club Comedian 2017; Chortle Best Newcomer 2007; Leicester Mercury Comedian of the Year 2007; among others) 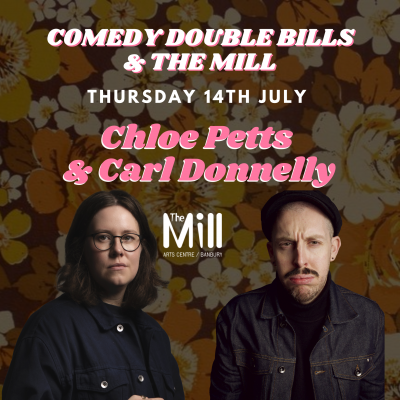 When can I see the only performance of Double Bill: Chloe Petts & Carl Donnelly?