You may know him as ‘comedy legend’ (The Sun) Lee Nelson or as the ‘unfunny pillock’ (Ex-Deputy Prime Minister Damian Green) who gave Theresa May a P45, but you won’t know him as ‘tiny Jew’ (Twitter): Simon Brodkin.

After three hugely successful series of Lee Nelson on the BBC, multiple TV appearances (Live at the Apollo, Sunday Night at the Palladium, C4’s Comedy Gala), Simon unveils his funniest persona yet: himself.

Stand-up comedian Eleanor Tiernan is known for her uniquely oblique world view, with appearances on BBC Radio 4’s News Quiz and Where’s the F in News? as well as BBC NI on The Blame Game. Her stand-up has featured on Comedy Central’s The Alternative Comedy Experience and led her to be chosen as support act for top stand-up comics including Stewart Lee and Ardal O’Hanlon among others. 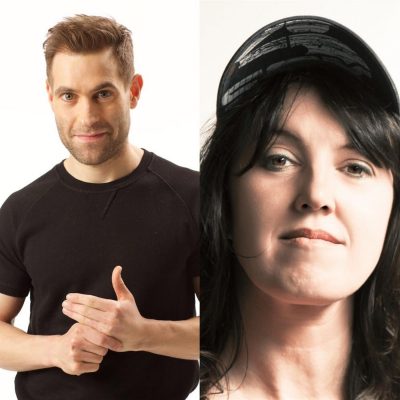 When can I see the only performance of Simon Brodkin and Eleanor Tiernan?