Steve, accompanied by his five-piece band ‘The Sleevz’, will perform brand-new solo material and classic Spandau Ballet tracks as well as material from the acts that has influenced his path to stardom. There will also be a Q&A session with Steve, allowing fans to ask their questions about his life and career.

Steve has many career highlights including performing at the Live Aid concert at Wembley Stadium and being involved on Band Aid’s Christmas classic ‘Do They Know Its Christmas’. With Spandau Ballet, he has toured the world playing to huge audiences in stadia and arenas.

In 2015 Spandau Ballet released a critically acclaimed documentary movie about the band’s story called “Soul Boys Of The Western World” that premiered at the SXSW music Festival in Austin Texas.

Book soundcheck tickets in the checkout menu for an additional £20. 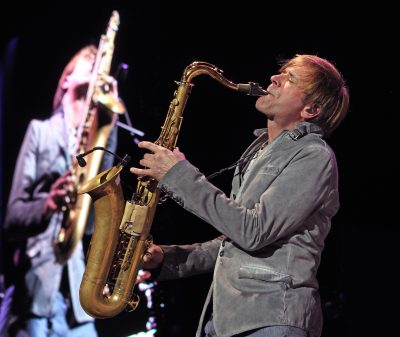 When can I see the only performance of Steve Norman of Spandau Ballet?