The Animals and Friends

Featuring from the original Animals: John Steel and Mick Gallagher (The Blockheads), plus Danny Handley and Roberto Ruiz.

In 1964 a wave of new energetic rock and roll swept over the youth of the world. On the crest of this wave was The Beatles, The Rolling Stones and of course The Animals. From the banks of the River Tyne came the North East’s offering; a brand of rhythm ‘n blues that the whole world seemed to grasp greedily.

The Animals were the second British band to top the American charts after The Beatles with the now multi-million selling and legendary anthem, House of the Rising Sun.

The band subsequently achieved over twenty global Top Ten hit records, many of which gained the Number One slot in various parts of the world. In Britain alone, the band had no less than twelve chart entries. The Animals were the first British band to tour Poland and Japan.

The enduring influence and breadth of appeal of The Animals’ music continues ever onwards.

“Though the band has changed, the songs remain eternal, thanks to the protesting dissatisfaction linking them together… alongside covers of Ray Charles and John Lee Hooker classics, they ensure that the nostalgic element comes with an enjoyably abrasive edge”. (Animals and Friends review – Andy Gill, The Independent) 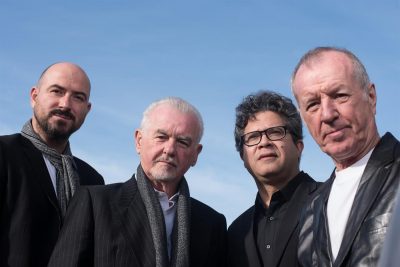 When can I see the only performance of The Animals and Friends?