The ultimate celebration of the world’s greatest female anthems!

Women In Rock are pleased to return to The Mill in 2021 after their successful debut in 2018.

Since 2016, Women In Rock have been wowing audiences across the UK & Europe with their high energy performances. Featuring soaring vocals, choreography, audience interaction, striking costumes and backed by a band of world class musicians, Women In Rock has built a reputation as the leading rock show around. Having performed to audiences of up to 120,000,these women are ready to take you on a spectacular journey through five decades of female rock leaving you cheering for more.

Featuring the songs of Cher, Blondie, Janis Joplin, Republica, Belinda Carlisle, Bonnie Tyler, P!nk, Suzi Quatro, Tina Turner & many more, Women In Rock are guaranteed to get you on your feet.

Grab your tickets and let’s get ready to sing, dance and ROCK!

‘The audience were held in reminiscent bliss from start to finish, outstanding!’- AT THE THEATRE

‘The girls held the audience captive with their outstanding energy and vocals. Bravo Women In Rock!’- HARLEY DAVIDSON (EUROPE)

‘Women In Rock is a must-have show for our venue, keeps our audiences on their feet like no other”- CHEQUER MEAD THEATRE 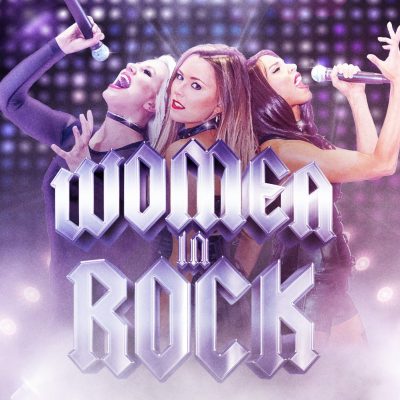 When can I see the only performance of Women in Rock?