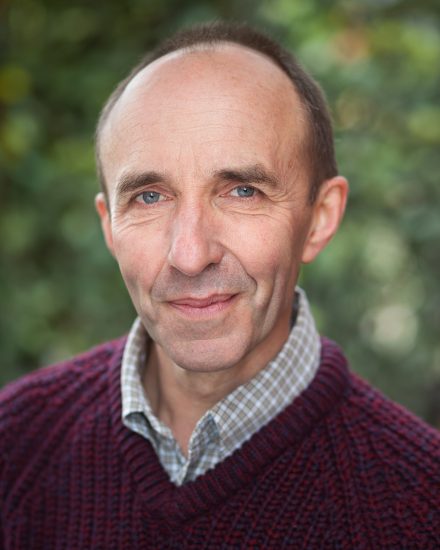 Tell us a bit about Jeeves & Wooster in Perfect Nonsense.

It promises to be a fast-paced production, full of energy and with many more characters than you might think just three actors could perform.

Who do you play in the production?

I play Seppings, the elderly and somewhat lugubrious butler to Bertie Wooster’s aunt Dahlia. Seppings has a reputation for being rather good at impersonations, so he gets to play many characters with different voices.

What are you most looking forward to in the tour?

I love touring, and playing in a variety of venues. Each venue has its own energy and it’s always interesting to see how a show adapts to full the space.

Very little. I knew his work more by reputation than experience. I saw some episodes of the TV series some years ago, but that’s about it.

Yes I have. I’ve been in many small-scale shows where a handful of actors play several parts each. There is an energy and exuberance about that which you don’t get in a play where you have, say, twenty actors playing only one part each. Also, it’s much more fun than sitting backstage waiting to go on.

This production uses the performers and props to make the sound effects rather than recorded sound. What are some of your favourite sound effects from the show?

Any moment where we can change from one character to another very quickly while at the same time maybe doing a sound effect, and yet still keeping the story going. Believe me, it takes a lot of practice to make that look easy!

Anyone who is prepared for an easy, fun night out at the theatre, and a story that doesn’t take itself too seriously.

Probably some recording work, as I narrate audiobooks. But not before I’ve had a holiday